The real cost of building new

As a first home buyer, and with a limited amount of money available, should you build a bigger house out in the ‘burbs’ or buy a smaller place in a more desirable and central location?

Property Partners Managing Director, Ty Jones, says given the nature of how the market’s performing at the moment, along with the Government’s incentives around new builds, this particular question is becoming more common and requires some serious thought. 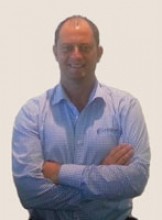 “Back in the day, you invariably always went with a pre-existing house because that was your entry level into owning your first home,” Ty says. “Then you did it up and climbed the property ladder.

“But now I think what’s happened in New Zealand is the properties have got older as time has gone on and we haven’t been building enough brand new homes.

The older properties and the building standards to those old properties have been in the past substandard.”

Because of this, he says, for any house you have to renovate for that newer feel, you’ll end up doubling what you think you’ll pay.

So what’s it going to cost to build brand new?

If home buyers are serious about going down the new build route, Ty says doing your research is very important as there can be a lot of grey areas which end up blowing the budget.

“I talk to a lot of people who don’t understand the full picture around prices they see with kit set homes and house packages.”

These are predominantly the house designs first home buyers are looking at due to money being a big factor while still at the starting gate of the property market.

“They’ll see a build for $250k, and they’re going, ‘…crikey we could get into that.’ But what is often misunderstood is this figure is talking about the house itself – the walls and roof etc, and doesn’t include a raft of other expenses that will need to be added on. These could include drainage, retaining, driveways, consents, excavation, and contributions.”

He says in some cases a lot of these packages don’t actually include the floor coverings.

“Where the pitfalls come in is that people start outlaying some concept design money, outlaying deposit money, outlaying for other things and all of a sudden they’ve outlaid quite a bit of coin, to then find out that will exclude this, this this, this, and this. Before they know it, they’re having to spend a lot more than originally expected.

A second way people can trip themselves up is under-budgeting what these extra expenses will cost.

“They think ‘Oh ok, this should only cost another $20k or $30k’. This can be the misguided information and the grey area that if not thoroughly researched, could end up costing $100k or $150k more.”

Doing the due diligence, reading all the fine print and not underestimating the amount of money that those ancillary (such as drainage, the retaining, the consents, excavation etc.) items is essential. 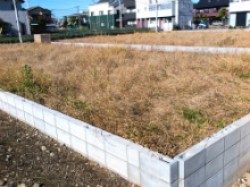 If you are going to build, you’ll also need to source the right piece of land first – whether it’s a pre-developed subdivision, a private subdivided piece of land, or a house and land package.

“The key to this is engaging your professionals – people can indeed give you the answers,” Ty says. “The biggest question is, ‘What are the questions?’ This is very land specific and where you may need an engineer, a surveyor, a builder, or a number of reports required for it.”

He says it’s key to know all the facts and figures before proceeding.

“You could have a situation where it’s the right size, however the access is going to be a massive problem, therefore you have to squeeze past an existing house or you may have flood issues related to the site.”

Location is obviously dependent on what your budget is, but when purchasing a privately subdivided piece of land, suburbs where land is being soaked up quickly is a strategic place to start and will have a greater chance of capital gains later down the track.

“If I had the choice of somewhere like Te Atatu or somewhere like Manurewa, Manurewa looks a lot more attractive because of the price point, but I would take the benefit of going to Te Atatu because it’s in a location that you’re soaking up that bit of land.

“Now that land’s gone, it cant ever be replaced. So therefore the demand is always going to be within that central region sector.”

Ty says there’s still a large amount of land out in Manurewa, which will be decades before it gets fully realised and therefore there is no supply and demand issue out there.